We don't take ourselves amazingly seriously so there's been a plethora of false starts to songs or realising mid way through a song that the bass has cut out and just having to cruise it out.

"We also got some nice feedback from a bunch of people on our most recent release Sticky which was really great to hear and made us feel like we're moving in a positive direction."

The band name is more or less a quote from the movie Animal House, if you’re familiar with the movie then you’ll know this but it’s from a scene where the main characters are being given fraternity nicknames. It’s a funny scene, and It was just one of those moments that has always stuck out to me and when we were trying to come up with name it was used as a placeholder and then just kinda.. stayed. Check out the movie if you haven’t, it’s a classic!

As a collective we’ve probably known each other for about 5 years. Chris and I are brothers so we grew up together, and played in a couple of bands along the way. I met Mike whilst working in a factory, where we quickly discovered that we had some shared musical interests and would often pass the time talking about skate-punk bands to distract ourselves from the monotony of the job. Inevitably we arranged a jam session, we wanted to be a loose 3 piece punk band so Chris came in as the obvious choice of bassist and it’s basically been the 3 of us since.

We go about our music in a couple of different ways and I’m always trying to do it slightly differently but what seems to work out the best usually starts with me creating a chord progression and riff on guitar, recording this into a DAW and putting a basic midi drum beat to it.

I may come up with lyrics simultaneously if I’m feeling particularly inspired in that regard, if not I’ll create the music base first and add lyrics later which may end up altering the music as a whole.

As a collective we’ll listen and learn the demos I’ve put together as intended but after a few playthroughs, we’ll experiment with how sections can be played, change the arrangement, try sections in half or double time and generally mix it up until we’ve all got a fingerprint on it and are happy with what’s going on.

Lyrically, I’m a big fan of honest and somewhat introspective punk songs so I keep a lyric/thought journal that I’m constantly adding lines to when they come to me (thank you Google docs), I’ll then lift lines from it when I’m putting lyrics together. Chris does the same, sometimes we’ll collaborate and other times I’ll just take charge of that aspect.

To be honest our practices are some of the best times, we just hang out, play music and make fun of nu-metal half the time. Aside from that, opening for Ghouls (who I’m a massive fan of) was pretty incredible, it was at the Edge. We’d been quiet for about 2 years and then got to play to a decently sized crowd that were just fully down to have a rad time.

We also got some nice feedback from a bunch of people on our most recent release Sticky which was really great to hear and made us feel like we’re moving in a positive direction.

We don’t take ourselves amazingly seriously so there’s been a plethora of false starts to songs or realising mid way through a song that the bass has cut out and just having to cruise it out. Although one gig does come to mind, we were in-between drummers and had taken on a show with Captain Trips that we decided to stay committed to and therefore used a laptop as our drummer, I recommend that you don’t do this but if you have to, use an extremely reliable laptop.. I did not follow this advice. It glitched out and dropped a beat here and there which is funny given that it’s a machine. We ended up making digs at our ‘new drummer’ Packard Bell all night (he quit the band following that).

It’s hard to narrow down one particular moment but we have this song called Up in Smoke that we almost always close our set with, that features some ‘na-na’s’ in the chorus, and seeing people who haven’t seen us play before sing-a-long with them by the end of the song is pretty rad!

+ What’s your ultimate direction for your band?

We’ve tactically chosen a musical style that is notoriously hard to break through with and especially hard to make any kind of living doing but it’s what we enjoy creating and it fills an unexplainable void in us all so we’d be up for taking it as far as we can. With that in mind the dream would be to write better songs, take ourselves on the road and use the band as a vessel to get to see some new places and hopefully meet some great people along the way. 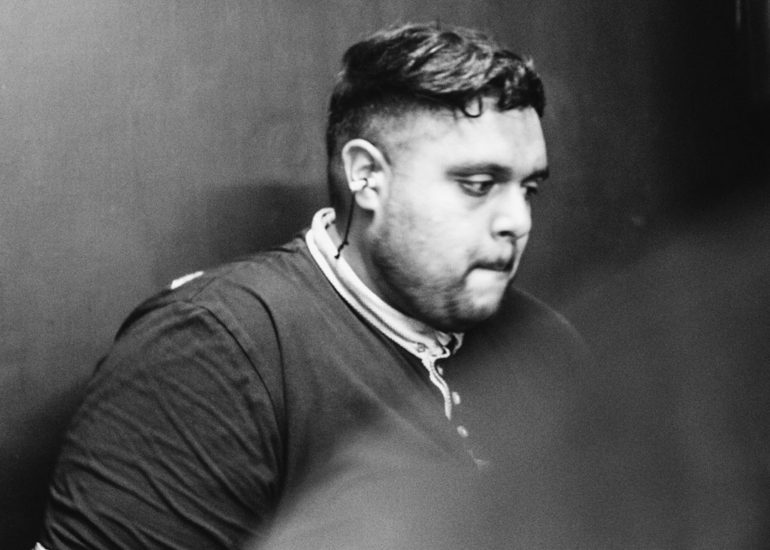 © Copyright 2020 Music & Lenses
We use cookies to ensure that we give you the best experience on our website. If you continue to use this site we will assume that you are happy with it.OkPrivacy policy